BLOGGING as in why do we do it, what purpose does it serve and is there a point.

Don’t grab your pitchforks yet, but hear me out. I’ve been having a hard time with my blog space these past few months. I can’t seem to focus. I have started to questions myself. Things like; Hey FAE, why do you blog anyway. I’m not looking for my fifteen minutes of fame, not really trying to impress anybody or look cool, Ha, ha, ha. I don’t really have helpful tips to offer, unless maybe I’m setting an example of how NOT to do some things.

AND, what purpose does it serve. Well, I’m not sure. I have met some really nice people. When they comment on my space, I’m reminded to go to theirs and generally I learn something new, or I’m uplifted, or I just escape into their funny stories, lives, or whatever for a few minutes. Some of you have become closer than others and helped me to learn lessons that I needed. But, often it seems so one sided. I really don’t feel as though I’m giving much back.

THEN, what is the point. Often I feel that the time I spend blogging and reading and commenting on the blogs of others, could be better spent writing, editing and in general trying to get something published. The truth of the matter is, that I probably would not spend the time that way, but would be ‘goofing off’ somewhere else, and I wouldn’t be learning the things you guys are teaching or be entertained near as well.

I started blogging because I thought I needed to build a platform (although I’m not exactly sure what that means) for my writing. Everyone says that in a Query Letter you should send prospective agents and editors to your blog. It’s helpful for them to get to know you and see some of your ‘other’ writing. In actuality, I think my blog might send prospective agents and editors screaming into the night, as opposed to encourage them to request my manuscripts. My blog feels more like therapy most of the time. I really don’t want to give it up; I’m just not sure exactly how to continue.

I have noticed during the months of July and August, (August in particular) several other bloggers, seeming to have some of the same questions and difficulty that I’m expressing here. So, who has the answer? To blog or not to blog? What is the question? Are you able to find the balance between working on your ‘creative - as in hoping to have published – writing’ and blogging? How do you all stay interesting and creative in this format? Any and all answers (even and especially the humorous) are appreciated.
Posted by farawayeyes at 12:20 PM 29 comments:

100 People to Meet Before You Die

Today I want to talk about Mike. Here’s the earliest picture I have of him. You may have seen this one before. I posted it on Mike’s birthday last February. That’s me holding him. He was my Godson. 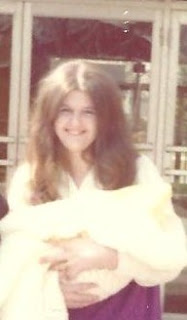 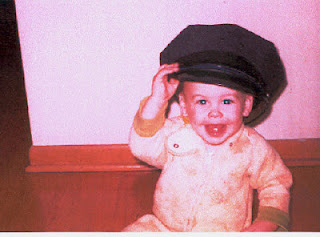 All of his life he only wanted to be two things, an Army guy and a police officer. Michael made that happen on both counts. He was the youngest of my best friend’s three sons. His brothers teased him and picked on him in a good natured manner, the way brothers do, but not for long. Mike grew to be about 6’4” (the tallest in his family) and he didn’t take no stuff from nobody, no how. While in the Army he served in Bosnia and the DMZ between North and South Korea. To the terror of his mother and me, he learned to jump out of airplanes. When he was discharged from the military he began working on a career in law enforcement. 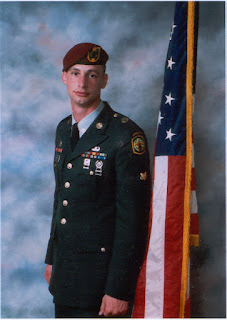 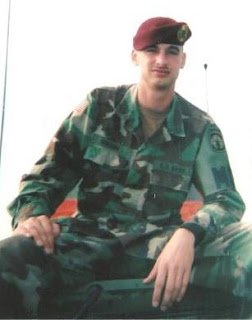 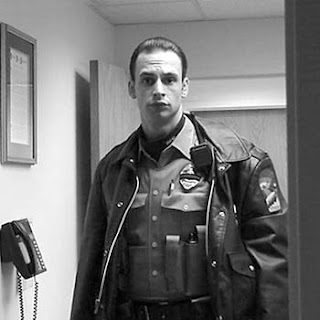 He had a tender side also. When he worked the 4 – 11 shift, he would often get off and go to the bar with his buddies. Then somewhere around 2 am he would call me up and tell me how much he loved me. I always asked him if he called his mother first. It got to be a joke, when he would say, ‘Barb, now you know I called Ma first, but…’ My family after hearing the phone would shout from their rooms, ‘is that Mike?’ I always appreciated his calls no matter the time. He had three children. The oldest Malik was not his biological son, but Mike never ever referred to him that way.  Cullen, the middle boy, is the spitting image of his dad in more ways than one. Gracie only had a short time with her Daddy, and didn’t really get to know what a great guy he was. 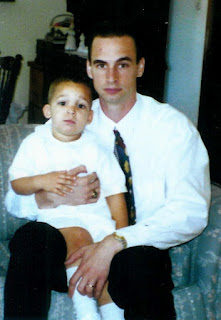 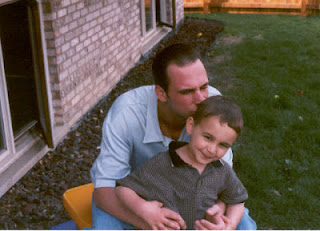 On August 8, 2004, Michael Patrick Gordon ended his watch, while in the line of duty, he was called home. The city of Chicago gave Mike a hero’s funeral. It was like something out of the movies, unfortunately for me and the rest of his family is was a horror show.

At the wake people were lined up out the door and around the block to pay their respects. People from all walks of life showed up to tell his parents, brothers, and wife, what a great guy he was. Many of these folks were homeless people, who lived on the mean streets in the rough neighbors where Mike worked. Law enforcement from all over the state came to the wake and lined the streets with their patrol cars the day of the funeral.

I don’t think Mike thought of himself as a hero. He was just another guy living out his dreams. He only got 30 years on the earth, but he made every one of them count.

After his passing Mike contacted me on more than one occasion. One time in broad daylight at the Eastern Idaho State Fair, he came walking down the midway, paused in front of me and asked if I was doing alright. I nodded my head, and he walked on and disappeared into the crowd. Rick was standing beside me, he shook my arm and asked; ‘Was that Mike?’ So, I know I didn’t imagine it.

I love you Mike. It broke my heart that you left us so soon. I’ll miss you until we meet again. 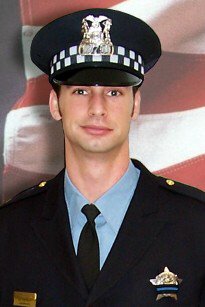