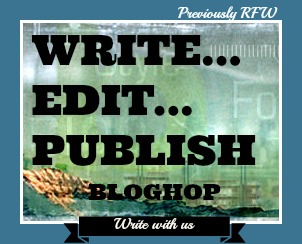 It's time for another WEP Challenge. This quarter the theme is: 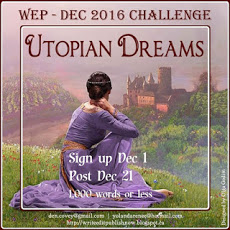 The following is from my Memoir Series of Short Stories, it may not be exactly the type of 'Utopian Dream' that the Challenge promoters are looking for, but for me personally it is a Utopian Dream of a perfect world, or at least one near perfect night, that has been gone from my grasp for quite some time.

While my Utopian Dream might seem a little bit strange to you, please remember, 'one man's floor is another man's ceiling'.

‘Silent Night, Holy Night     All is calm, All is Bright’

Without fail every Christmas Eve was spent at my ‘Busia’s’. My mother’s entire family gathered for this affair. Momma came from a family of ten children, nine of whom survived to adulthood. They were rowdy, messy, loud, exciting and Polish. We children were hyped up on candy, soda pop, and the promise of a visit from Santa.

The adult activities included the uncles dropping shots of whiskey into mugs of beer in a contest of who could gulp theirs down the quickest. Music was played at the highest possible decibel level and sung at the top of their lungs. It was not unusual to experience laughing, joking, storytelling, and even the occasional brawl; all within a few hours’ time.

Round yon virgin, Mother and Child

Momma was the only sibling to marry outside of her nativity. Daddy was neither Polish nor Catholic, but he could party with the best of them. Of course he was often the source of some major disagreement which could easily lead to fisticuffs. I could see the fear in Momma’s eyes at the beginning of every family gathering. I would silently pray ‘Daddy, please don’t get drunk this Christmas’,

There was talk of Midnight Mass and who was old enough to attend that year. Just another tiny aspect of this family life that left me on the sidelines. Sure I was exposed to Catholicism in every possible manner, but Daddy would have no part of their official religious observances like Midnight Mass. We were Protestant through and through. Church was for Sundays, or at least most Sundays. Christmas Eve was supposed to be a party.

There would come a time, shortly before the men gathered for the ritual penny-ante poker game when we children were assembled together in ‘Busia’s’ meager living room combination kitchen. Normally Momma would lead us off singing ‘Santa Clause is coming to Town’ and within the first few measures we would all strain to hear the jingle of sleigh bells. Sure enough; the bells would ring and the Jolly Ole Elf himself would appear at the door, laden down with gifts for each girl and boy.

This was it. This was the moment the cousins had been waiting for and anticipating with glorious visions of what they might receive as an early present from that man in red. Once again, I was set apart. See, I was in on the secret of ‘Santa’s Helpers’. The excitement and anticipation was so great by everyone else, they didn’t seem to notice that Daddy had slipped away. Or maybe everyone was relieved that the cause of tension in the room had expired. I never knew for sure. Either way it wasn’t until adulthood that the secret was revealed to all. Daddy was Santa.

As children our minds were far from the real reason for celebration at this time. We were caught up in the circus of pleasure that only a true believer can experience at Christmastime. It wasn’t until much later in my life that I came to appreciate the true meaning of Christmas. The pure love that was showered down upon us all. But in that moment of childhood, even with all the feelings of separateness I felt on those Christmases, that pure love flowed through my family and into my heart.

Go ahead, tell me what you think. I'm happy to have a 'full critique' on this piece.

With Christmas being only four days away, and my usual condition of being 'a day late and a dollar short', it may take me awhile to get around to visit everybody, but I will do my best to make it before we ring in 2017.

I probably won't post again before 2017 so I sure do hope you all have a Merry Christmas and a Happy New Year! May we all be in for many more 'Silent Night's in the future.