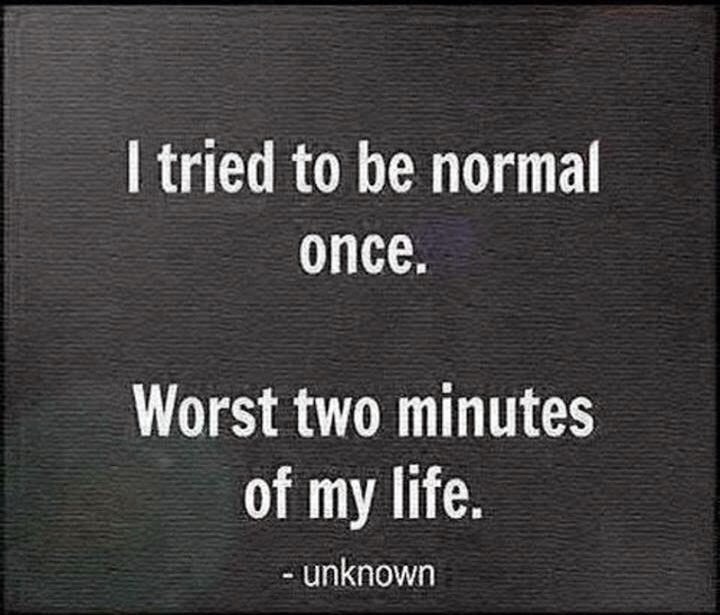 That quote right up there…it’s true, I did try to be normal and it was a very difficult time for me. Let me explain.

About three weeks ago I had a little accident. If I were willing to give you all the details, it might be quite humorous – think Bambi on ice, meets the Perils of Pauline. Today, I find that I can even laugh about it, BUT right after and for way too long after, it was one of my darkest nightmares. The worst part wasn’t the accident itself, the fact that after this experience I found myself feeling afraid of EVERYTHING.

Skip ahead to this past weekend. Myself, and several other blogger participate in this little endeavor (on the first and the fifteenth of each month) titled BATTLE OF THE BANDS. In the BATTLE on the first of March Robin of YOUR daily dose chose the song ‘Time After Time’, for her BATTLE. I left a comment, that I hope l didn’t come off too snarky, stating that none of her choices were really my favorite and I left a link to my favorite, which is from the movie ‘Strictly Ballroom’. I love this movie for a lot of reasons. You might say it’s one of my guilty pleasures, so after commenting at Robin’s blog, I dug out my DVD copy and sat down to watch.

I’m not going to give too much about the movie away, but I’ll tell you briefly that although it is set against the backdrop of ballroom dancing competitions in Australia, it is about so much more than dancing, or the sweet love story included. One of the recurring lines from the move really had me sit up and take notice during this viewing. It is; ‘a life lived in fear, is a life half lived’. Man that hit me right was I was living, in that moment.

After the movie, most likely in an attempt to not face the reality of what I was becoming, I decided to visit some of the blogs that I had missed the day before. I went to see if my friend Donna Hole has posted a BATTLE OF THE BANDS. She didn’t, but what she had posted was another ‘smack upside the head’ of me. You can read her entire post Donna Hole if you like, but what Donna basically said was that she had lost some of her enthusiasm for writing, by all of the knowledge she has gained from the ‘experts’.

Realizing that I haven’t written much in months (I have been secretly working on a memoir, that a friend has been encouraging me to write, but even that has been really slow going) and I haven’t even been blogging much (except for the BATTLE OF THE BANDS posts) I realized that I have become paralyzed by my own fears of EVERYTHING, and a feeling that all of the expert advice led me to believe I’m not a very good writer, and have no hope of ever being published.
While all of THAT might sound a little too familiar to many other writers, up until this point it was NOT me. I’ve done a lot of crazy things in my life, because I try to follow my heart, and live life out loud (kicking and screaming, most of the time). This past three weeks was draining me of all my enthusiasm for life in general. It had to STOP.

The long and short of this is (and this post has gone on long enough) I’ve begun writing again. I have decided that I like my stories and I really enjoy telling them, and telling them in MY way. Maybe they will never see the light of day, as in being published (I doubt I would ever self-publish, but then I do believe in never saying never), but I will have written them, if only for myself. In the final analysis that's pretty much what it’s all about. “Knowing what we should be doing, doing it, and pleasing God and thereby ourselves’.

This has been my I’m trying hard not to be an INSECURE WRITER for the INSECURE WRITERS SUPPORT GROUP. If you want to know more about this group or visit other Insecure Writers, go to the source and check out the list HERE, click on the sign up list at the top of the page.

Before I close I want to give one big THANK YOU and a SHOUT OUT TO Robin at YOUR daily dose and Donna at Donna Hole  Thank you both for knocking me off or out of my dark little place. Often we have no idea how, or what we post might affect someone else. APPARENTLY, that's what the IWSG is all about.